Ratna Kulkarni is a science graduate who is passionate about giving the benefit of what little knowledge she has to all. She started her career as a financial advisory company which she still continues that is now managing the spa and Salon admission is customer delight. 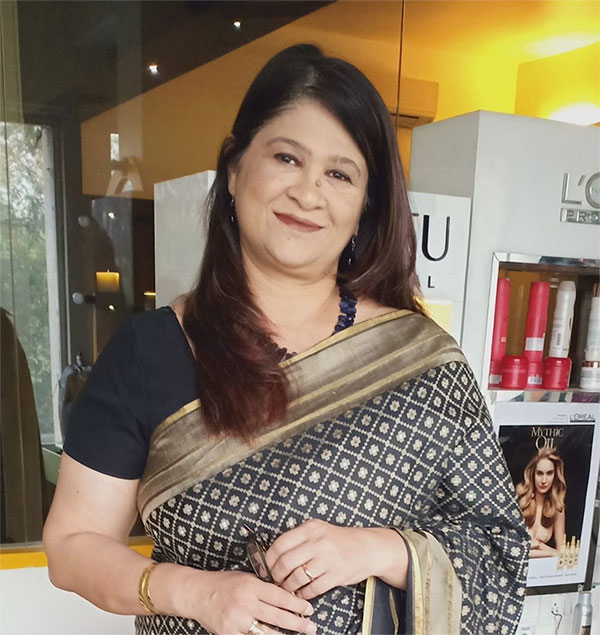 Le Miroir Salon is a place where you can leave all your worries about your Hair and Skin with us. We also take care of your aches, pain and destress you and relieve you of your anxiety..

Using the best techniques for the therapies with appropriate essential oils

I had an appointment for the spa on Monday (which was actually on Wednesday which by God grace I changed it). I had a written statement to be submitted on Thursday on an urgent basis and the WS I received from the senior advocate Bombay High Court was missing something. I spent three nights restlessly and I went to the spa. As usual, enjoyed the nice welcome and as per my need the spa treatment was suggested. I’m telling you all in details because my mindset must be seen.

Once Komal started the massage I also started feeling relaxed. And at one point I actually became clam and that missing point just popped up. Thankfully I was the one who has drafted and registered the patent in dispute for infringement I could do the needful in the written statement ASAP after the spa treatment. On that day itself, the senior advocate called me and thanked me for adding that important point.

What is important is, even after spending a lot of time I was not able to concentrate on the missing point which I got it after having a relaxed mind all thanks to Ratna

I have experienced the MAGIC of Le Miroir Salon & Spa… Since day one I am a regular customer. Being a marathon runner I need a good strong massage to relax the muscles. The challenges of a medical doctor and Healing therapist often create for mental relaxation. The Spa services help me get both a Relax body and calm mind.

Let me share Why do I prefer Le Miroir Salon & Spa

I Never had any reaction in the last 6 years of any product.

I would recommend Ratna and her Spa Service anytime.